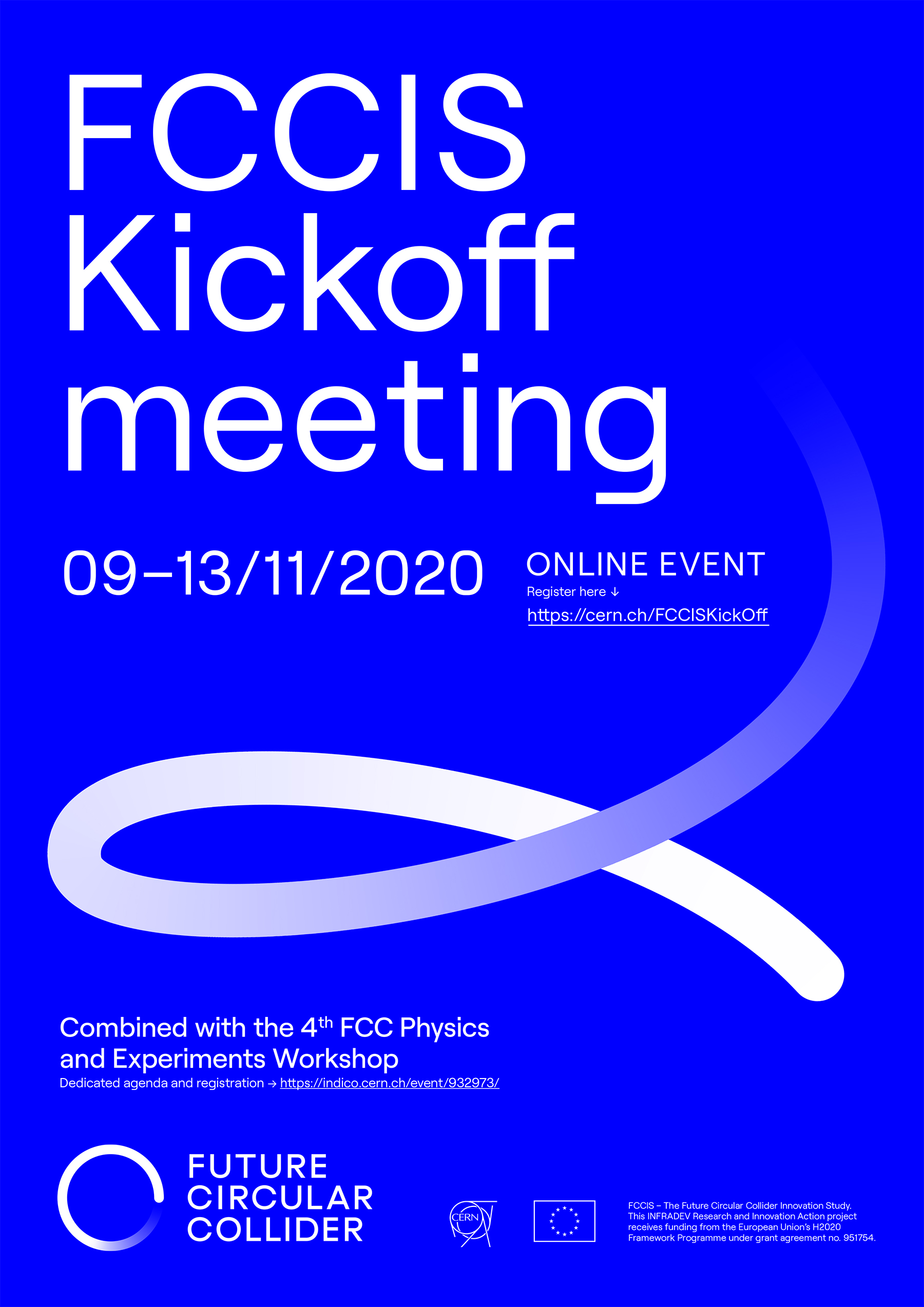 Τhe discovery of the Higgs boson, a giant leap in fundamental physics, has been accompanied by many experimental results confirming the Standard Model of Physics beyond the previously explored energy scales. High-energy collider physics in the next decade will be dominated by CERN’s Large Hadron Collider (LHC) and its high-luminosity upgrade. Yet a number of experimental data and theoretical considerations call for pushing further the precision and energy frontiers as outlined in the recent update of the European Strategy for Particle Physics.

The Future Circular Collider November Workshop (FCC NoW) took place virtually, connecting about 900 collaborators from over 35 countries to discuss the latest status of the FCC (Future Circular Collider) accelerator, detector, physics and implementation studies. The meeting combined the fourth FCC Physics Workshop with the kick-off meeting of the EU-funded Horizon 2020 FCC Innovation Study (FCCIS) that will support the preparation of the technical and financial feasibility study for a research infrastructure in line with the recent update of the European Strategy for Particle Physics.

The meeting opened with a plenary session including presentations from ECFA Chair Prof Jorgen D’Hondt, CERN Council President Dr Ursula Bassler, and CERN Director General Dr Fabiola Gianotti. The latter presented the key priorities of the European Strategy, as well as CERN’s role in implementing the strategy and preparing a visionary plan for the future of the European particle physics community, in coordination with partners in Europe and around the world. FCC’s study leader Michael Benedikt presented the next steps of the FCC collaboration towards the preparation of the technical and financial feasibility study. Finally, DESY physicist Christophe Grojean presented the physics opportunities of a future circular lepton collider (FCC-ee), as the first step of the FCC integrated programme (FCC-ee + FCC-hh).

The workshop demonstrated that the FCC project offers a vibrant scientific programme coupled with an innovative R&D programme, one that can be maintained over the coming decades. During the physics workshop, particular focus was directed towards FCC-ee, as the first step of this endeavour, which could allow precision studies of the Higgs particle and the electroweak sector in the post-LHC era. Despite the technological readiness of a lepton circular collider, demonstrated in the FCC Conceptual Design Report, concrete R&D efforts in accelerator technologies could ensure the energy efficiency and sustainability of the project along with further work on the optimization of the machine design. Moreover, detailed detector and physics studies were presented during the meeting with the goal of fully exploiting the physics potential of FCC.

The meeting saw the kick-off of the EU-funded H2020 FCCIS project that will support the feasibility study for a new collider with 100 km circumference. This new collider-based research infrastructure could serve the FCC integrated programme key advantages but also challenges, the multiple interactions points, high beam luminosities and a long-term science mission to understand the inner workings of our Universe. This is an exciting time, as the world community is coming together to design a new research infrastructure for particle physics and the potential solutions that it offers to global challenges.

From LEP to the FCC-ee, a great leap in preci...