QUACO at the finish line

Two 90-mm Niobium-titanium (NbTi) double-aperture quadrupole magnets, also called MQYY in the LHC vernacular, have been developed and manufactured by the companies Elytt Energy and SigmaPhi under the QUACO project for the High-Luminosity LHC upgrades. 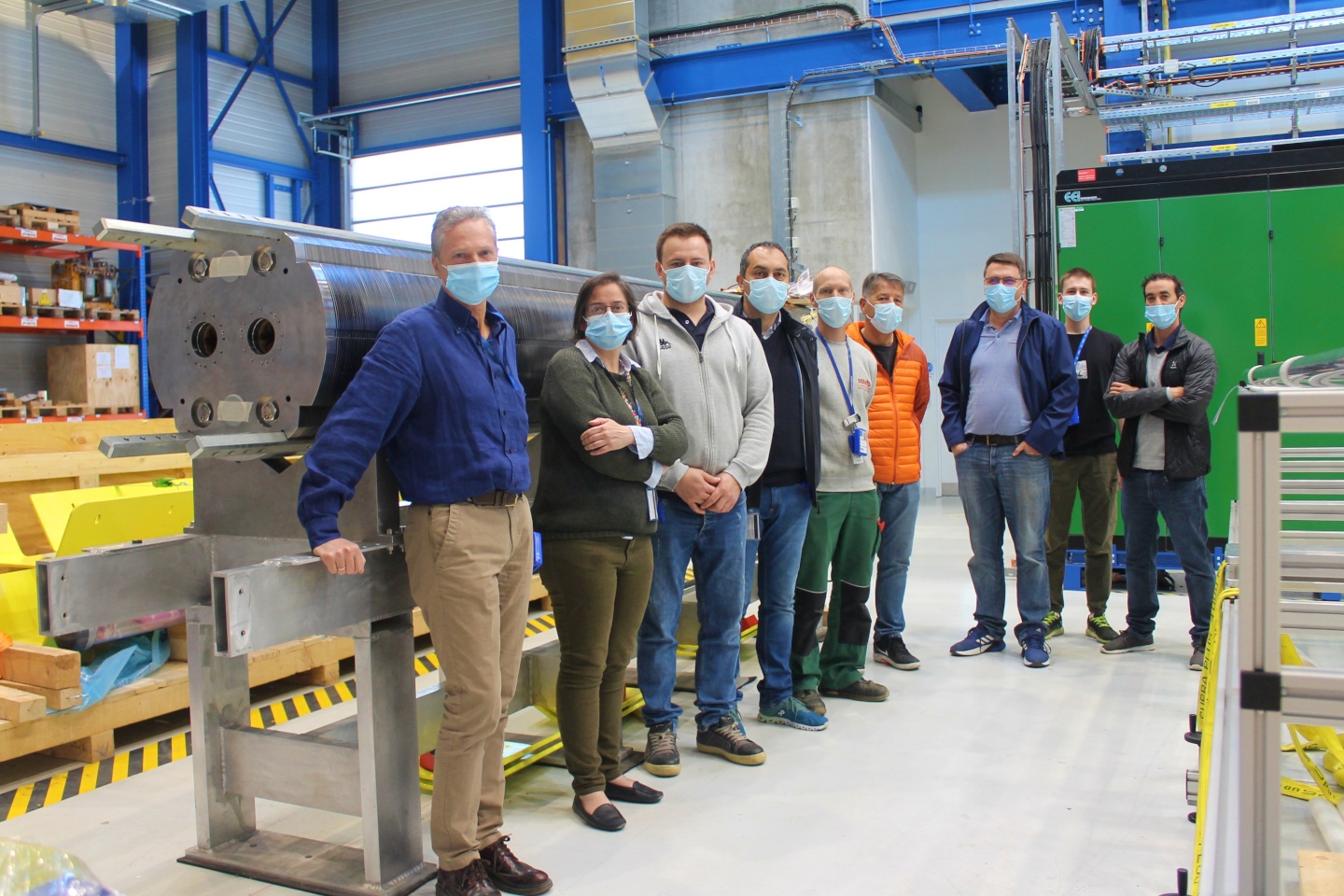 Reception of the Elytt magnet at CERN, at building 311 (Image: I. Garcia Obrero)

If the High-Luminosity Large Hadron Collider (HL-LHC) project were a big tree, the QUACO (QUAdrupole Corrector) project would be one of its branches. The project aimed to produce two first-of-a-kind quadrupoles magnets (MQYY) for the HL-LHC upgrades. Coordinated by Marcello Losasso, physicist working for the Knowledge Transfer Group at CERN, and launched in 2016, QUACO is part of the HL-LHC Insertion Region (IR) Magnets work package, being co-funded by the European Commission under Grant Agreement No. 689359.

Quadrupole magnets in the LHC are used to focus the beam at key points in the tunnel. Both dipole and quadrupole magnets need to match the increased beam luminosity in the LHC. The MQYY is a 90-mm-aperture quadrupole magnet with a magnetic length of 3.67 metres and an operating gradient of 120 T/m at 1.9K. In the context of QUACO, innovative techniques were investigated for the design and manufacturing of these magnets. Among them are robotised winding, design parametrisation, Bladder and Keys (B&K) and special shrink-fitted collars. These techniques were employed to achieve the proper level of pre-stress at the winding packs, while maintaining the magnetic field quality as required by the LHC specifications.

In one of the last HL-LHC reviews, the collaboration removed the magnets from the project for budget reasons. Nevertheless, they could still end up in the tunnel one day.

To know more about the MQYY, find the paper on the ‘Development of MQYY’ here.

QUACO was the first Pre-Commercial Procurement (PCP) scheme adopted in the accelerator sector, entailing a gradual and collaborative approach to procurement in accelerator research and development. The collaborative aspect means it was a joint effort of different European laboratories (CERN, CEA, CIEMAT and NCBJ); the gradual aspect means its development took place in three successive phases: defining the conceptual solution, producing the engineering design, and the manufacturing of a prototype. The passage from one stage to the next was a competitive exercise, curtailing the number of companies initially engaged to the two remaining in the last phase of the project: Elytt and SigmaPhi.

The Elytt magnet arrived at CERN in early March 2021; soon after, magnetic measurements were performed to characterise the magnetic field quality, led by the Magnets, Superconductors and Cryogenics (MSC) group within the Technology (TE) department at CERN. The SigmaPhi magnet has arrived at CERN as recently as June, in time for some field characterisation to be performed before the official end of the project on 30 June 2021. Out of the scope of QUACO, both the Elytt and SigmaPhi magnets will be shipped to CEA for cryogenic tests during the summer of 2021.

The teams at CERN and other laboratories are now busy completing the documentation and finalising the reports for the final project review, which will assess the results of the PCP.

According to the project coordinator Marcello Losasso, QUACO project paved the way for academia-industry partnerships by engaging small companies in complex and risky R&D projects, deploying an effective Technology Transfer methodology, from different laboratories to industry, therefore enlarging the European industrial capacity in the accelerator sector.

This project has received funding from the European Commission under Grant Agreement No 689359. CERN and the European Commission have established collaboration activities in areas such as research and e-infrastructures, international cooperation, careers and mobility of researchers, knowledge transfer and open access. Cooperation with the EU is coordinated by the CERN EU Projects Office.