Xcitement down under: Australia gets first X-band facility 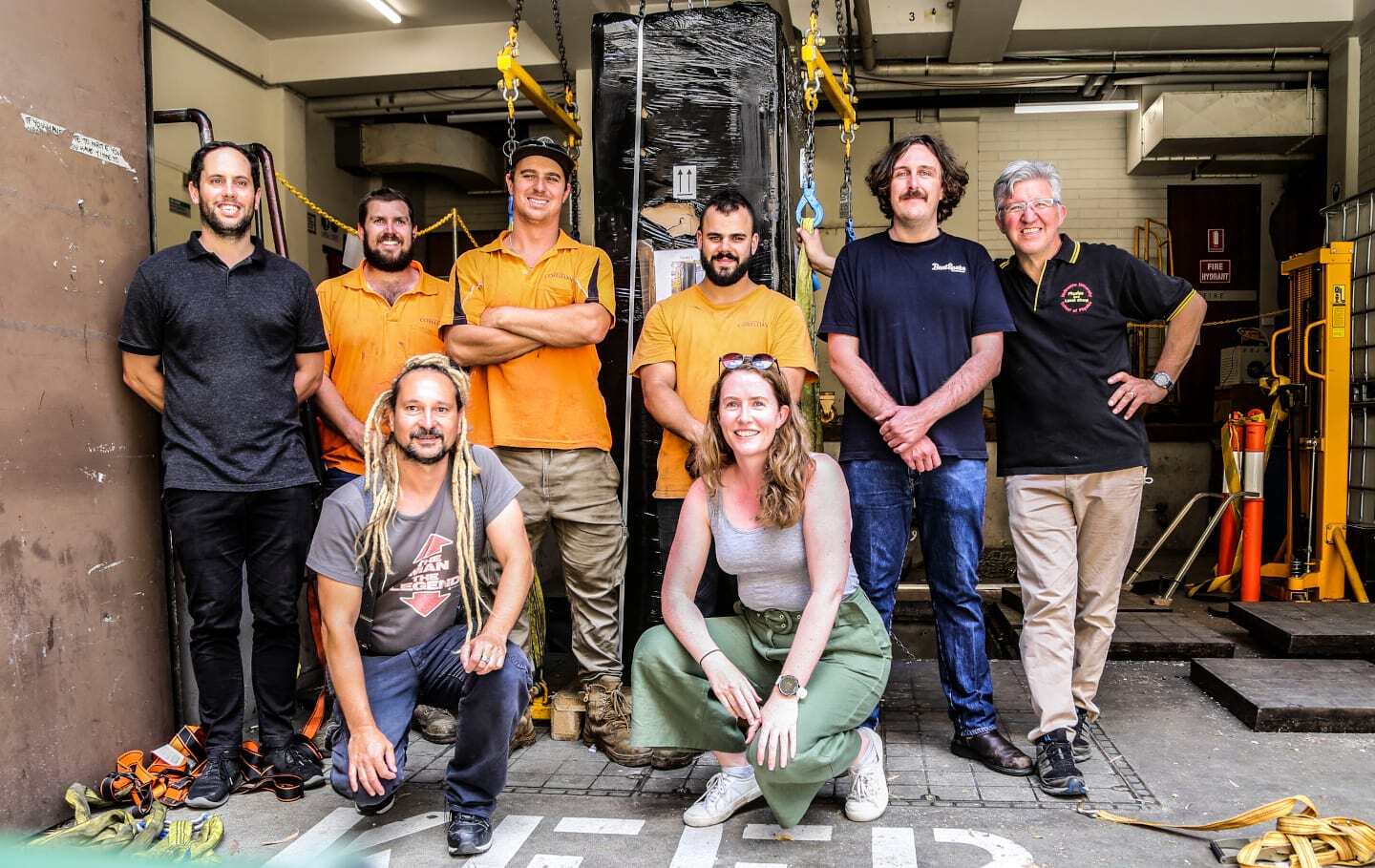 On 16 September 2020, a container filled with pallets, boxes and electronic racks left CERN’s Meyrin site to embark on a two-month sea journey to the other side of the world. On 17 November, at precisely 3.12 p.m. local time, its ship docked at Port Melbourne, from where, following customs clearance earlier this year, the container and its contents were transported to a new home: the University of Melbourne.

The container held the components of the southern hemisphere’s first X-band radio-frequency test facility; “X-band” refers to the ultra-high frequency at which the device operates. The device, half of the CERN facility known as XBOX-3, will soon be a part of the “X-Lab” at the University of Melbourne. Its journey resulted from an agreement signed between CERN and the Australian Collaboration for Accelerator Science in 2010.

XBOX-3 and its two predecessors were built at CERN in the context of the Compact Linear Collider (CLIC) study that envisions building a linear electron–positron collider with a collision energy of 380 GeV. They were built to develop the technology to accelerate particles to a high velocity over a relatively small distance. Such accelerators are described as possessing a high acceleration gradient. In addition to aiding the development of the next generation of particle accelerators, the technology of high-gradient acceleration is also useful for medical applications, such as radiotherapy, and in synchrotron light sources.

In 2015, CERN decided that half of XBOX-3 would eventually be sent to Australia to help its nascent accelerator community. “Having the only X-band facility this side of the equator is a huge boost to the growing accelerator-physics community in Australia. It will allow us to train specialists, do novel research and create exciting industry-engagement opportunities based on the many applications of accelerators,” says Suzie Sheehy, group leader of the Accelerator Physics Group at the University of Melbourne. “The Melbourne X-Lab team, which includes senior researchers, PhD students and support staff, is grateful for CERN’s contribution to our project.”

The device will be renamed MelBOX, in light of its new home, and will come online in its new avatar this year.