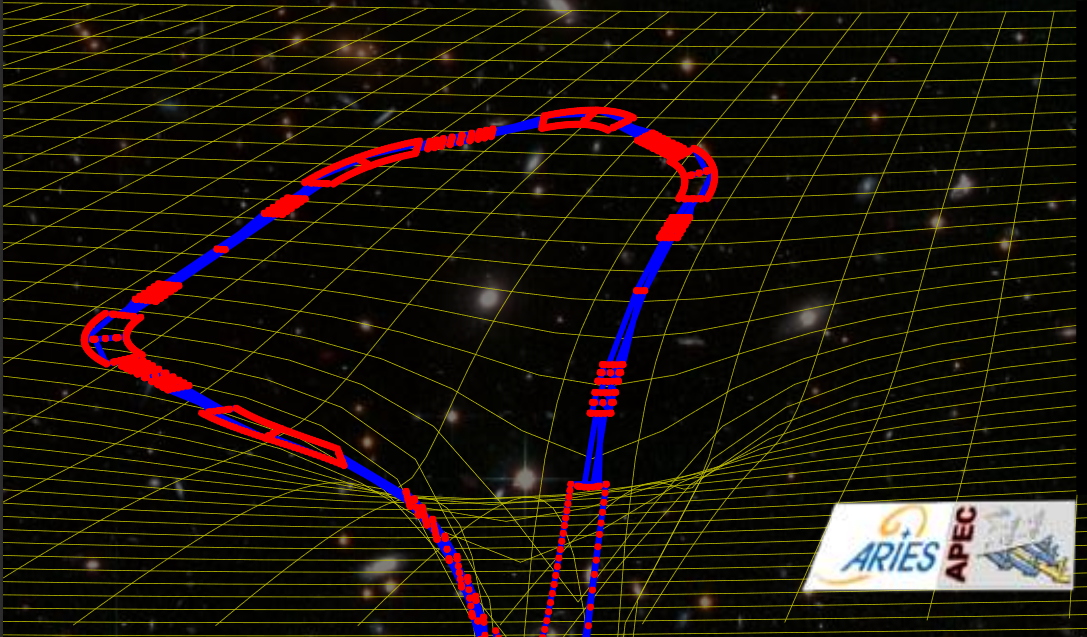 After the discovery of gravitational waves (GWs) by the LIGO detector in 2015, and with the advent of proposals for new large storage rings such as the 100 km Future Circular Collider (FCC) or Circular Electron Positron Collider (CEPC), the question whether accelerators can be used for the detection or generation of GWs has gained new importance and urgency.

After Jorge Cervantes (ININ Mexico) presented a vivid account of the history of gravitational waves, Bangalore S. Sathyaprakash (Penn State, USA and Cardiff U., UK) reviewed the main sources of gravitational waves expected. The GW frequency range of interest extends from 0.1 nHz to 1 MHz. Raffaele Flaminio (LAPP Annecy) described the extreme precision of the VIRGO and LIGO light-interferometers, while Jörg Wenninger (CERN) reported the impressive sensitivity of large lepton or hadron storage rings – LEP and LHC – to small effects, such as the tides or earthquakes elsewhere.

A gravitational wave can resonantly interact with either the transverse betatron motion of a stored particle beam at a frequency of several kHz, or with the longitudinal synchrotron motion at a frequency of 10s of Hz. Katsunobu Oide (KEK and CERN) discussed the betatron resonances excited by GWs, and proposed special beam-optical insertions, serving as “gravitational-wave antennas”, to enhance the resonance strength. Suvrat Rao (Hamburg University) discussed the longitudinal beam response [2]. This response is enhanced for perturbations close to the synchrotron frequency. Raffaele D’Agnolo (IPhT) estimated the sensitivity to the gravitational strain h, without any backgrounds, as , and suggested three possible paths to further improve the sensitivity.

Figure 2 superimposes ideal sensitivity curves from revolution time at the LHC and from the transverse resonant response for a storage ring with GW antenna optics, along with expected sources, in the strain-frequency plane.

Pisin Chen (NTU Taiwan) discussed how relativistic charged particles in a storage ring can emit gravitational waves [4]. If all particles and bunches excited the GW coherently the spacetime metric perturbation could be as large as for the LHC, as indicated by a red start in Figure 2. This estimate requires further confirmation. John Jowett (GSI, retired from CERN) recalled that gravitational synchrotron radiation from the future LEP, LHC and SSC beams had been discussed at CERN in the late 1980. It was then realised that these beams would be among the most powerful terrestrial sources of gravitational radiation [5].

Gravitational waves are a unique tool to understand the today’s universe and to unravel its history. The great excitement and interest prompted by the ARIES SRGW2021 workshop, and the preliminary findings, call for further investigations.